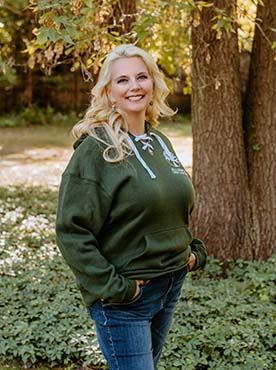 Melissa has over 19 years of experience in the industry working formerly at Timberline Tree Service prior to its closing in 2019. She grew up in the White Bear Lake area and graduated from White Bear Lake high.

Her dedication to building a long-standing and personal relationship with each customer makes her a rarity in the field.  Melissa enjoys learning all aspects of the industry.

She’s often on-site assisting the crew any way she can. Meanwhile, she is also advancing her knowledge to become certified in all aspects of the tree care industry, hence she incorporated a tree maintenance company in Oak Park Heights, Minnesota.

When she’s not working, you can find her taking in the natural beauty of Minnesota with her husband at their cabin in the woods of northern Minnesota.

Kelby has over 21 years  of experience in the industry.  Kelby believes that the betterment of all trees will provide a healthier environment for future generations, hence he spearheaded into a plant health care company in Minnesota.  He enjoys advancing his knowledge by being a member of the International Society of Arborculture and the Minnesota chapter of the Society of Arborculture. 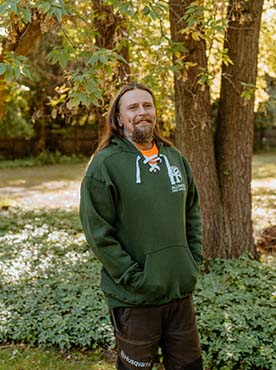 Likewise he is also a member of the Tree Care Industry Association and he attends annual continuing education classes, like the annual Shade Tree Short Course at the University of Minnesota held in March, to stay up to date with changing industry standards and techniques.

When he’s not working, he is training for, and competing in, the annual tree climbing competition.  Most of all he loves spending as much of the free time he has with his daughter. 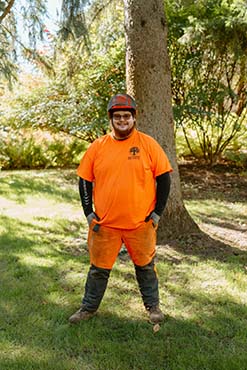 Carson has always had a passion for the outdoors, which started at a very young age growing up on his families farm in Stillwater, MN.  He has always been an avid outdoorsman, appreciating hunting, hiking and camping with his family.

Carson is the lead groundsman in charge of the staff, equipment maintenance, safety protocols and assisting the climbers in any way possible.  He has been with Alliance since the beginning and we wouldn’t know what to do without him and look forward to his advancement within not only the company, but within the tree industry.

Tim started to expand his love for trees and the outdoors during his full time career as a Dakota County youth corrections officer in 2002. His physical stature made it easy for him to become one with the trees as a climbing arborist. It didn’t take long before he conquered that position while working for a handful of other local tree services and went out on his own. 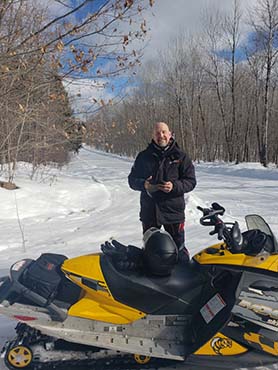 Tim has worked closely with the city of St. Pauls Forestry Department board, holds multiple certifications and licenses including but not limited to his Arborist Certification and MN Pesticide License.

One of Tim’s finer points is his thirst for knowledge and his passion for teaching. He’s helped 100s of young adults through his love for trees and he is an invaluable asset to the tree industry. Time enjoys spending his time with his two children and wife along with outdoor activities such as dirt biking, snowmobiling and traveling.

Jeff started working with cranes in the oil fields in the mid 70s. To advance his knowledge and experience he began working with his brother in law in the early 80s using cranes to assist in setting trusses for new construction and moving heavy loads, machines and goods for a variety of purposes.

His use of a crane during storm clean up and trees allowed him to venture off and start to use cranes for technical tree removal projects. Something that the industry had never done before.

Jeff started using his cranes to do primarily tree removal work in 1989 and has not only been a true innovator in the use of crane work with the tree industry, but a teacher as well. Jeff enjoys spending his off time with his two children and parents while maintaining his family horse farm.

Aaron grew up in Vermont with a love of the outdoors and an appreciation for the forest & trees. After earning his Associates Degree in Urban Tree Management, he quickly found a love for plant health care. This led to his Bachelor of Science in Forest Biology, his Certified Arborist Certification, American Society of Consulting Arborist Degree and is a Registered Consulting Arborist.

With 29 years in the industry his knowledge base and consulting experience is well known and only a handful of people hold his amount of certifications nationwide. Aaron enjoys spending his off time with his wife and being active in the outdoors. 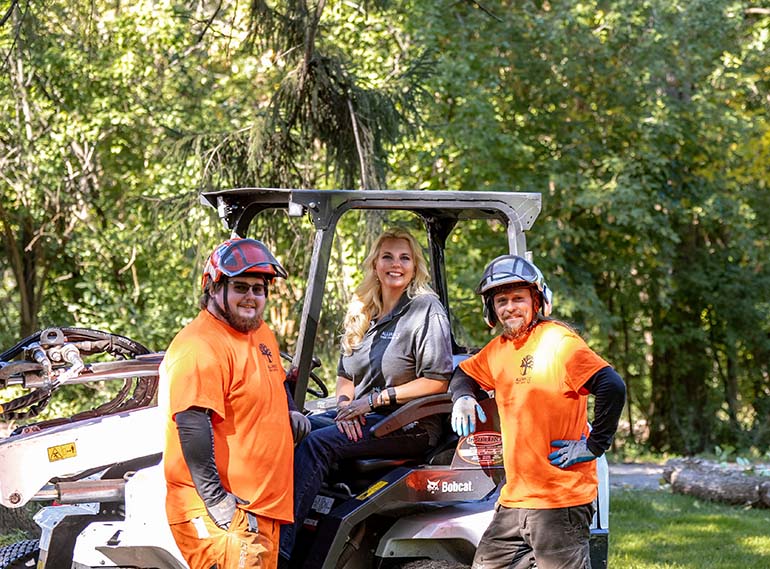